.
I had an 848 in for a 24,000km service a while ago that had a couple of issues that i thought would be worth commenting on.
The first was that it wouldn't start, which turned out to be because there was so much water in the fuel tank that when it was parked nose up a slight incline all the engine got was water being injected. One of those "I rode it and parked it and now it won't go" jobs. Turned out the drain tube from around the fuel cap was blocked, so when it rained the cap recess filled up with water and then when the cap was opened it got into the fuel tank. There was at least 1 litre of water in the 8 or so of fuel I drained out. So that was an easy fix.
Second the steering head bearings were so notchy it took a detirmined effort to turn the bars. Just pushing it into the shop and onto the bench bought this to my attention. Steering head bearings are one of those things that deteriorate over time and people just don't notice, so often telling someone their bike needs new steering head bearings is met with a suspiscious "feels ok to me" response. We replaced the original ball style with tapered rollers, although this requires spacing the seal off the bearings. I use the original washer from under the lower seal between the new lower seal and lower bearing and fit another of these washers on top of the top bearing under the seal. Works a treat.
Third was the amount of dirt in the airbox. Fitted with a Ducati Performance slip on muffler kit, the supplied air filter was too short for the space between the air ducts, and you could see the dust on both ends where air had been going around the filter. The state of the bottom of the airbox was quite disturbing for a supposedly dirt free environment though - see the photos. To fix it I fitted a piece of vacuum hose (3 or so mm ID, 7mm OD) around the edge groove of the air runner which loaded the filter a couple of mm when both air runners were fitted. Hopefully that will fix it. Certainly worth checking, as I had a feeling early on that there wasn't a great seal on these filters, but hadn't seen any high km evidence to back that up.
. 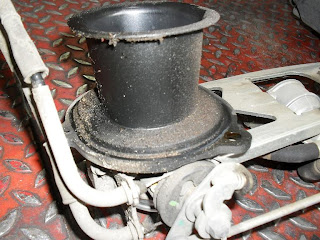 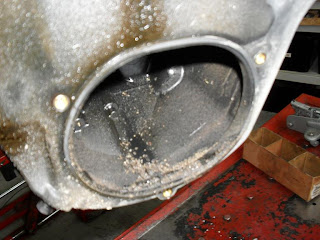 .
I'll be closed until January 11. Before then you can email me and I'll get back to you.

Happy holiday of whatever kind you care to celebrate or not season to you all.
.
Posted by Brad The Bike Boy at 1:03 PM No comments:

.
About two guys who get their dad's old bike restored. It might be a Norton, but it's a great story so we can forgive that.

.
Two 900SS, both fitted with slip on mufflers (Staintune, Gia.Co.Moto), std airbox lids without snorkles and std jetting. Before they were pretty similar:
. 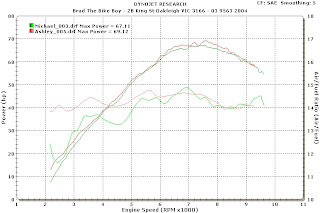 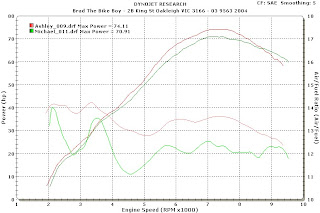 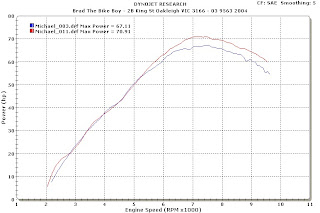 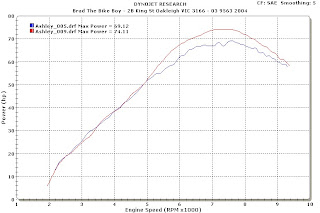