.
I took some photos of her in front of the factory.  I'm really liking the look.  Still haven't fitted a dash - the Acewell 6554 has arrived, but with no pressing need to get it fitted, she's once again back to waiting for the dreaded time. 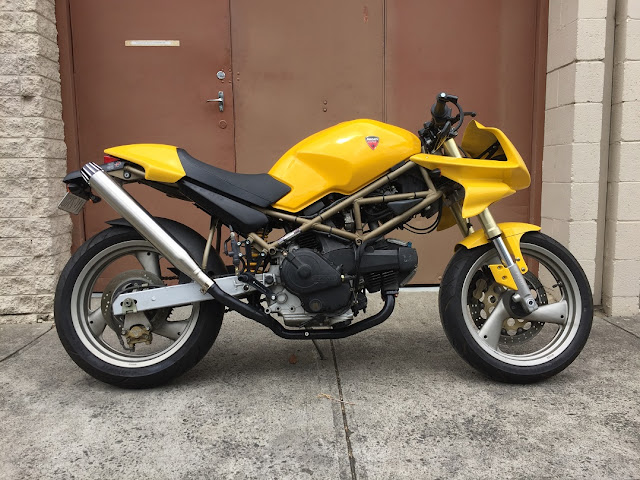 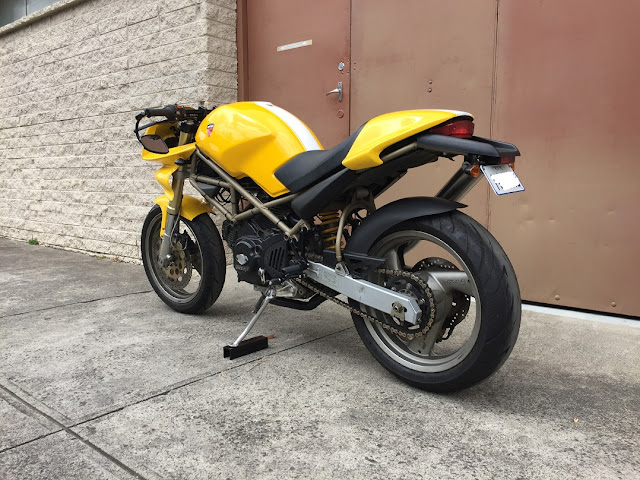 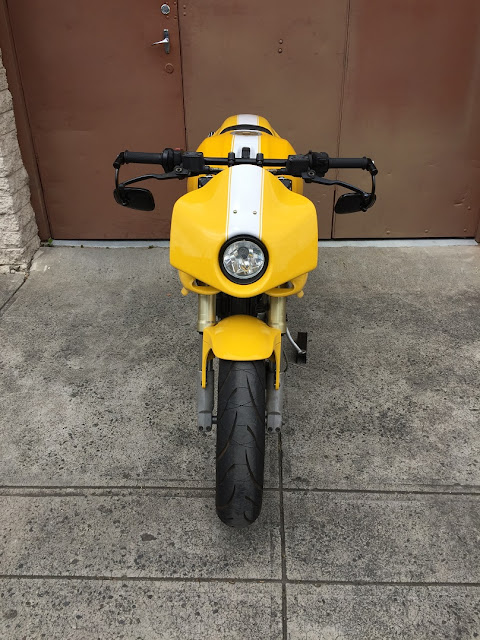 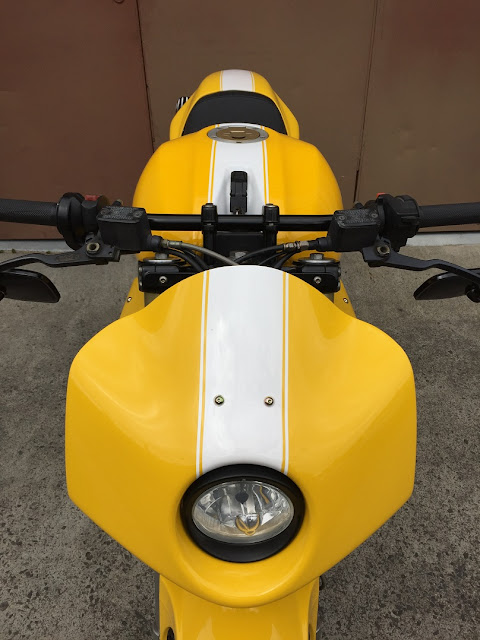 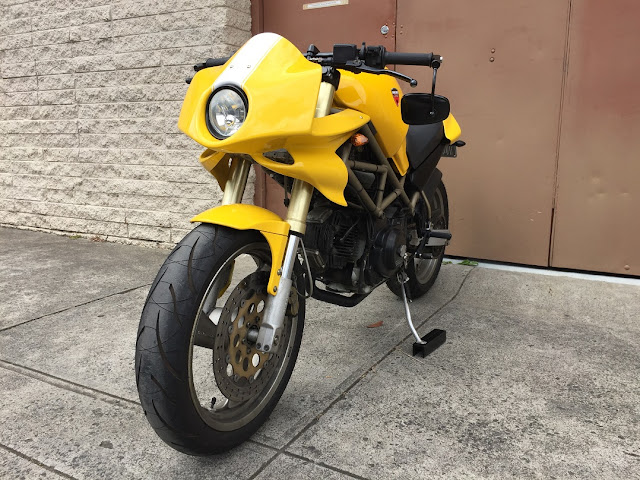 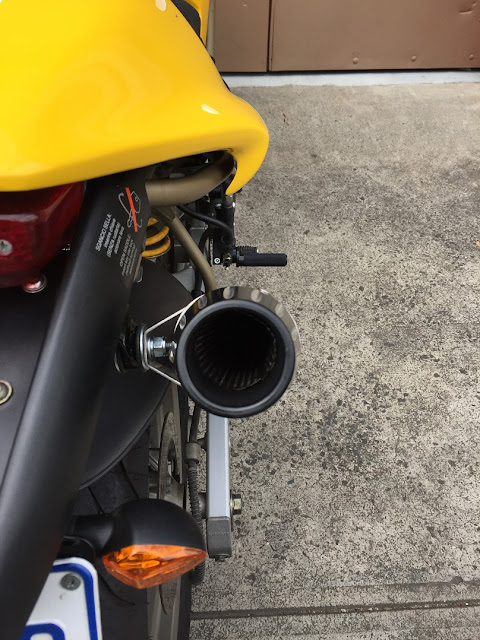 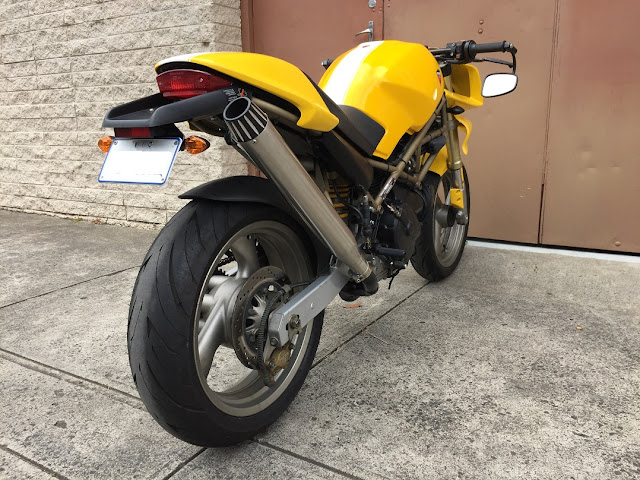 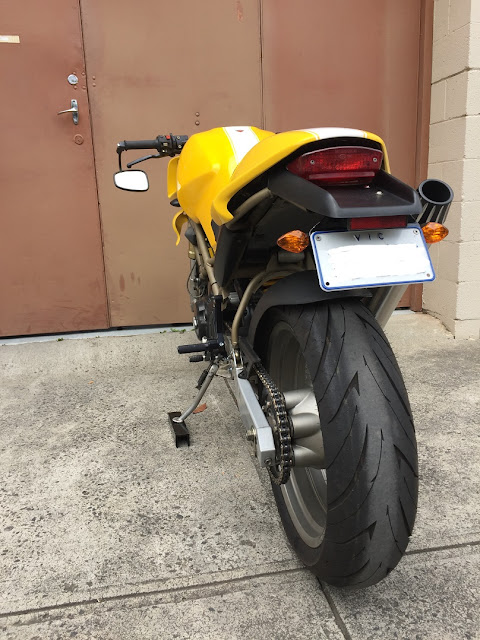 Diagnosing bike not starting - switches and being inputs to the ecu

.
I had a fellow trailer a Monster S4 in this week because it wouldn't start.  With it on the side stand I turned on the key and the neutral light didn't come on, even though it was in neutral.  So I played around with the gear lever a bit, got the light on, hit the button and away it went.

The owner stood there with a rather dumbfounded look on his face, clearly having enjoyed the two hour drive leading up to looking like a dill.  But understanding why it worked for me and not him involved a concept that he had a bit of trouble understanding at first.

Back in the day, a neutral light was just a thing that told you the bike was in neutral, powered by a wire from the neutral switch.  Simple enough, and likewise obvious.  On most modern bikes though, it is primarily an input into the ecu.  The ecu uses it for the starter and sidestand logic circuits and also to turn the dash light on.  As such, if the dash light's not on, that's because the ecu doesn't know it's in neutral and therefore thinks it's in gear.  An obvious enough assumption based on the info provided.

When you press the start button (itself an input to the ecu) the ecu checks all the start/sidestand logic circuit inputs (neutral switch, clutch switch, sidestand switch) before deciding if it should activate the starter.  It does that by grounding the earth side of the starter solenoid.

Generally, the starter solenoid is activated under the following conditions:

Anyway, digressing.  So, to expand on this, the reason this bike wouldn't start is because the neutral light wasn't on.  If I hadn't been able to get it to show, the next thing I would have done is pulled the clutch lever in (to the bars) and tried again.

Which leads to a possible total killer of starting desire - faulty neutral and clutch switches.  Then it definitely won't go, no matter what you try.

To get back to the fella with the perplexed look.  He said several times "but it was in neutral" to which I responded "was the light on?"  The answer to that was "no, but we know it was in neutral."  And that, folks, is the crux of the issue.  It doesn't matter what you think is happening, it matters what the ecu thinks is happening.

This is why my first response to people asking me questions about poor running injected bikes is "get it on a diagnostic tool and see what the ecu thinks is happening."  The ecu is running the show, so its opinion is the one you need to consult.  When you have a tool, it's a quick check.  Logged faults and plausibility of inputs is what you're looking at.  If it's all fine, move on to the next thing.  The diagnostic tool is probably not going to tell you what is wrong, but it will let you see what is right.

A makeover for Minnie Monster


I decided to do a 3 week rush job on Minnie for this year's Festival Of Italian Motorcycles, which was last Sunday.  I ran a thread on the caferacer.net forum about it, and am way too lazy to redo it here.  Maybe I'll do something here later - I still have to buy and fit a real dashboard.  The iPhone with speedo app isn't long term workable.

A makeover for Minnie Monster 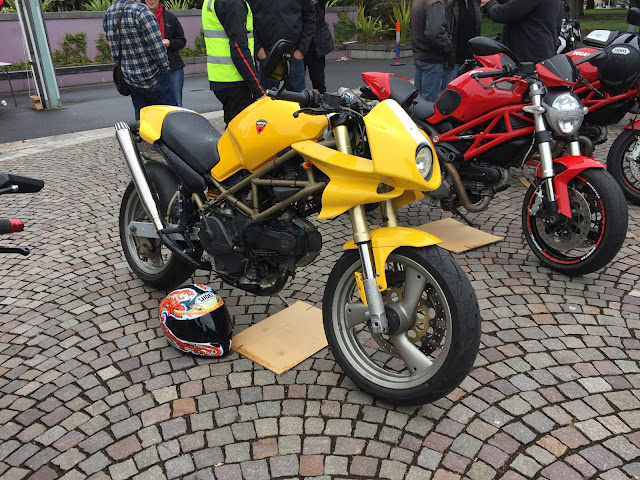