In this comparison, we have a Ducati Performance (by Remus) muffler to suit SSie at the top and a polished 851 muffler at the bottom. 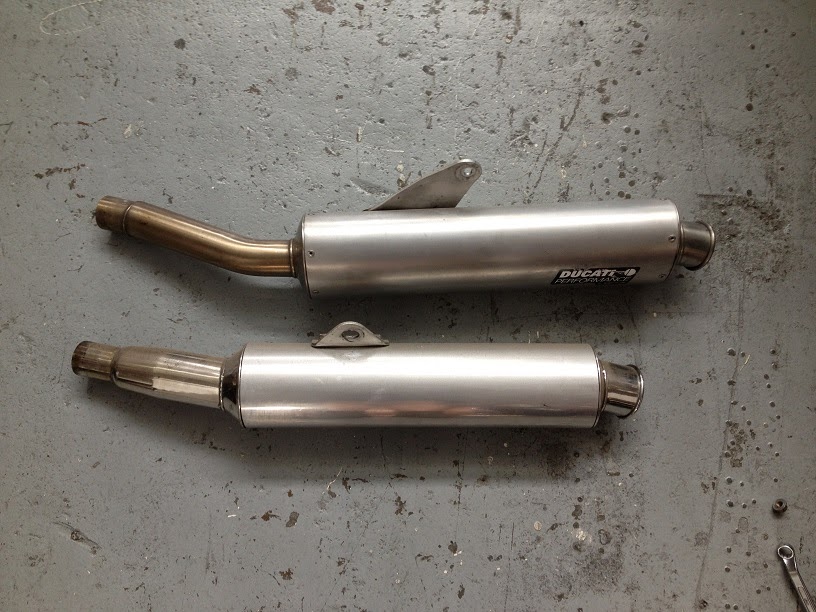 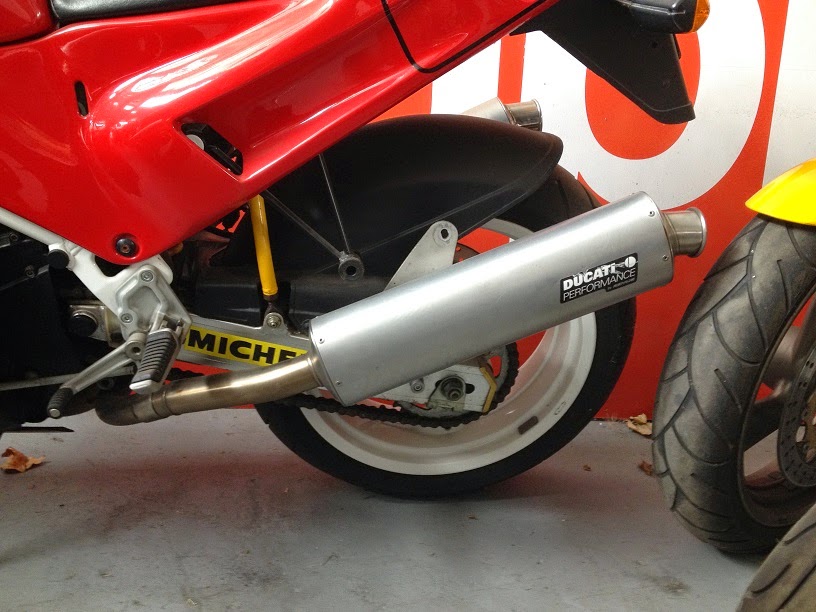 851/900SS muffler fitted to 750SSie.  The muffler was almost touching the swingarm at the leading edge of the canister. 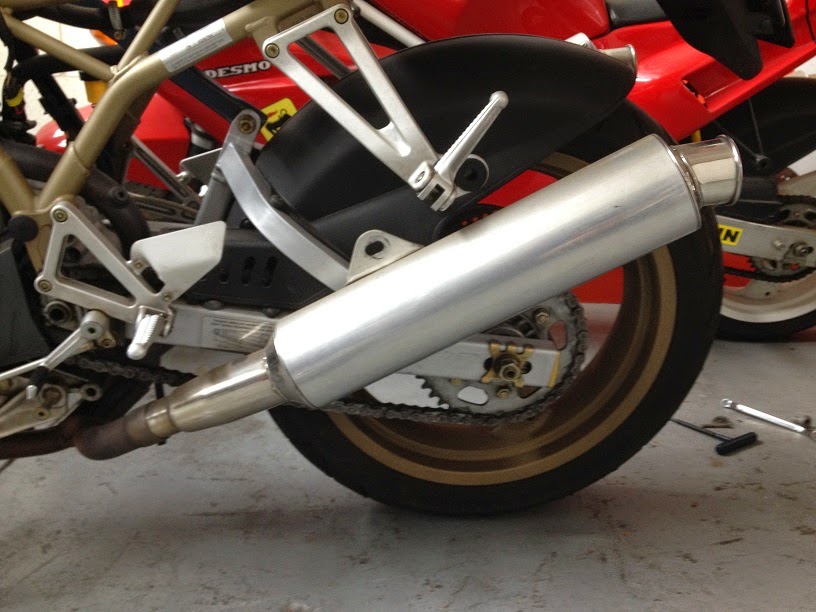 Top view of SSie muffler (bottom) on 851, showing how much longer they are overall. 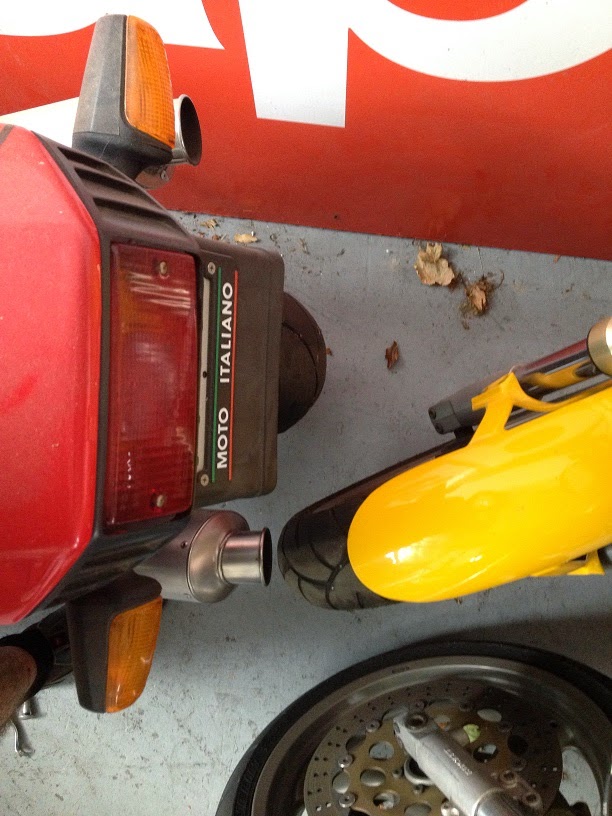 Hi Brad, I think you'll find the 888 cans are 100mm as well, 400mm long. The 110mm ones some people put on just look fat! You can use the same 100mm Carbon Termi sleeve from the Ducati S2R series as a replacement.

Hey Brad. Thanks for the information. I finally have an SSie. The slip on are LOUD. They are carbon Remus ones. Any way of fottifi baffles to keep the peace with the neighbours?